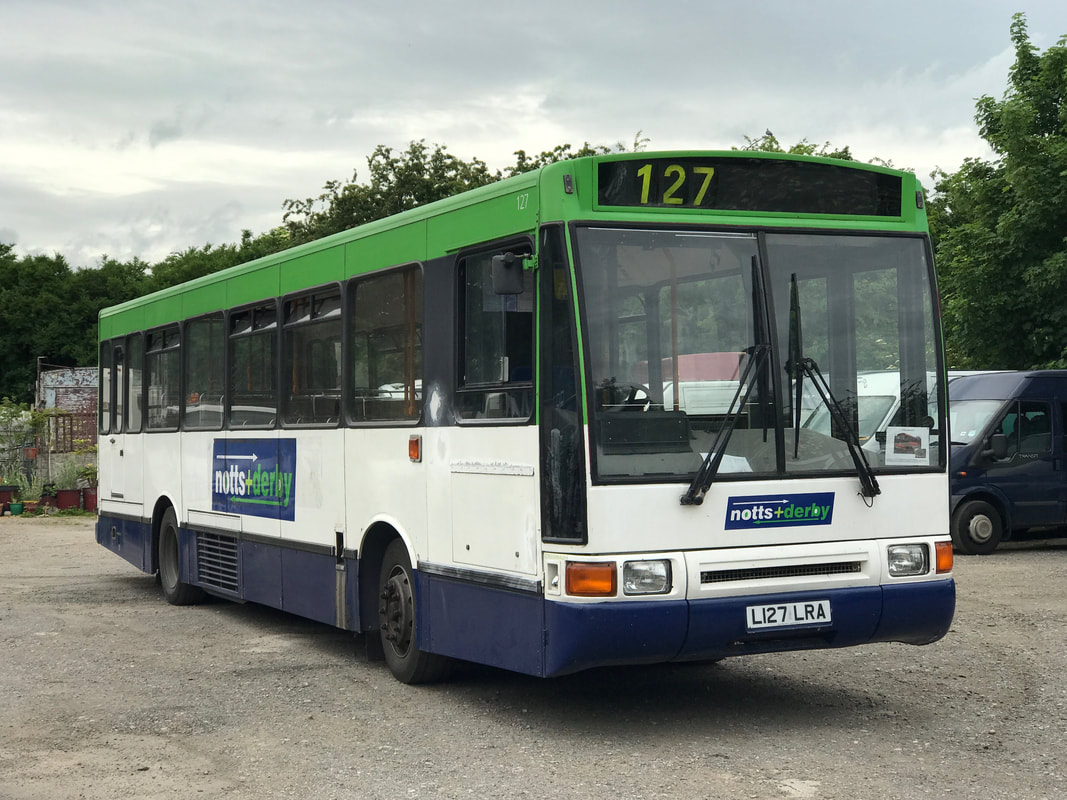 New To: - Barton Buses
Chassis: - Volvo B10B-58 YV3R13F17RA000687
Body: -    Northern Counties Paladin NC 4604 B49F
History
L127 LRA was delivered new to Barton Buses Limited in 1993. It was one a batch of 28 similar buses supplied to Trent and Barton Buses.
It is a Volvo B10B chassis, which was a rear engined bus chassis manufactured between 1993 and 1997, when the chassis was replaced by the B10BLE, which was of a low floor design, enabling a step free entrance.
It is fitted with a front entrance Northern Counties body, which seats 49 passengers.
127 was supplied to Barton Buses, which was the company formed by Wellglade in 1989 to take over the services of Barton Transport when that company moved away from public Transport.
Wellglade is a company formed in 1987 by the then directors of Trent to buy it from the NBC and run it again as an independent company. Wellglade now own Barton Buses, TM Travel of Sheffield, and KinchBus of Loughborough, and new buses for these companies are bought and specified to a particular route.
127 was bought to operate from the Ilkeston depot, along with four similar buses, to operate the R15 “Rainbow” route from Ilkeston to Old Sawley. This was in the red/cream livery shown above, but with BARTON fleetnames.
The bus was later repainted and gained Trent fleetnames, and was used around the Trent area, before passing to Notts & Derby, a low cost company set up by Wellglade to operate mainly contracted stage carriage services and schools journies.
127 was withdrawn at the end of 2016, and passed to Nottingham Heritage Vehicles for preservation.
It has had some mechanical work as well as welding to the chassis, and whilst roadworthy, it is presented in as withdrawn condition pending restoration of the body and a repaint into its original livery.


Relevance to Collection
127 is an example of the Volvo/Northern Counties combination, which was only supplied to Wellglade, one of 38 similar buses delivered to them.
This type proved to be long lived within the Wellglade Group, the type only being removed from Stage Carriage Service from January 2016 due to the DDA regulations requiring that all single deck buses should be wheelchair accessible. 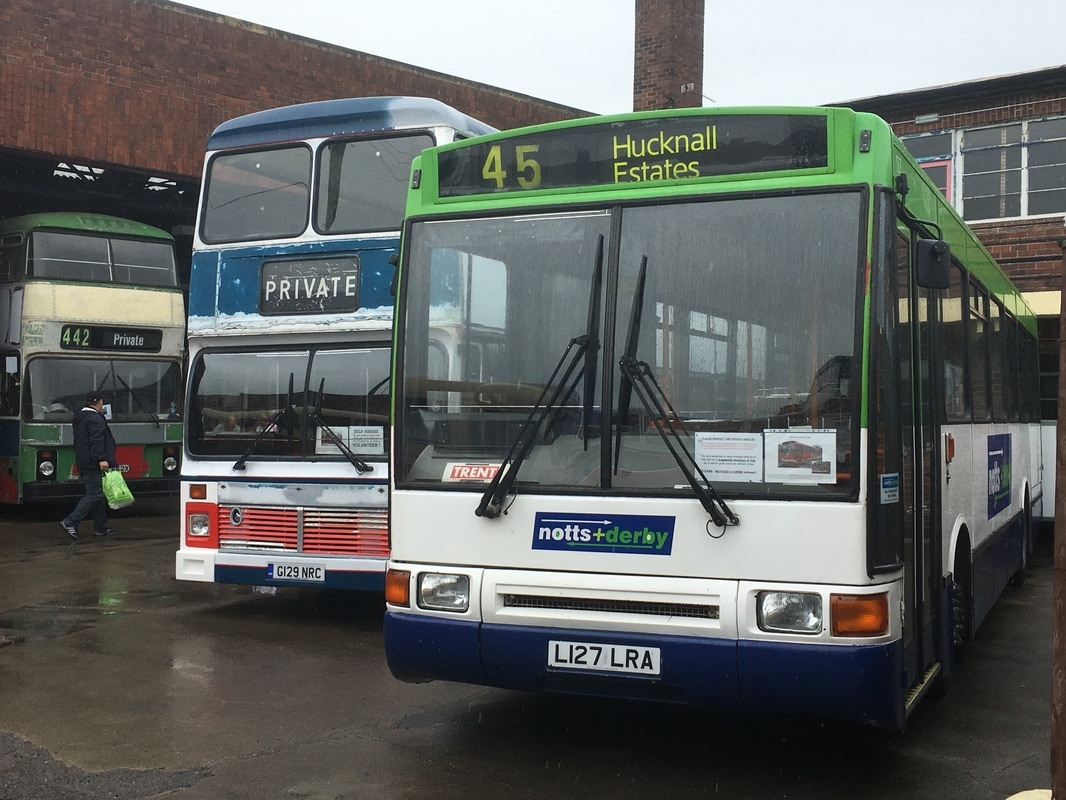