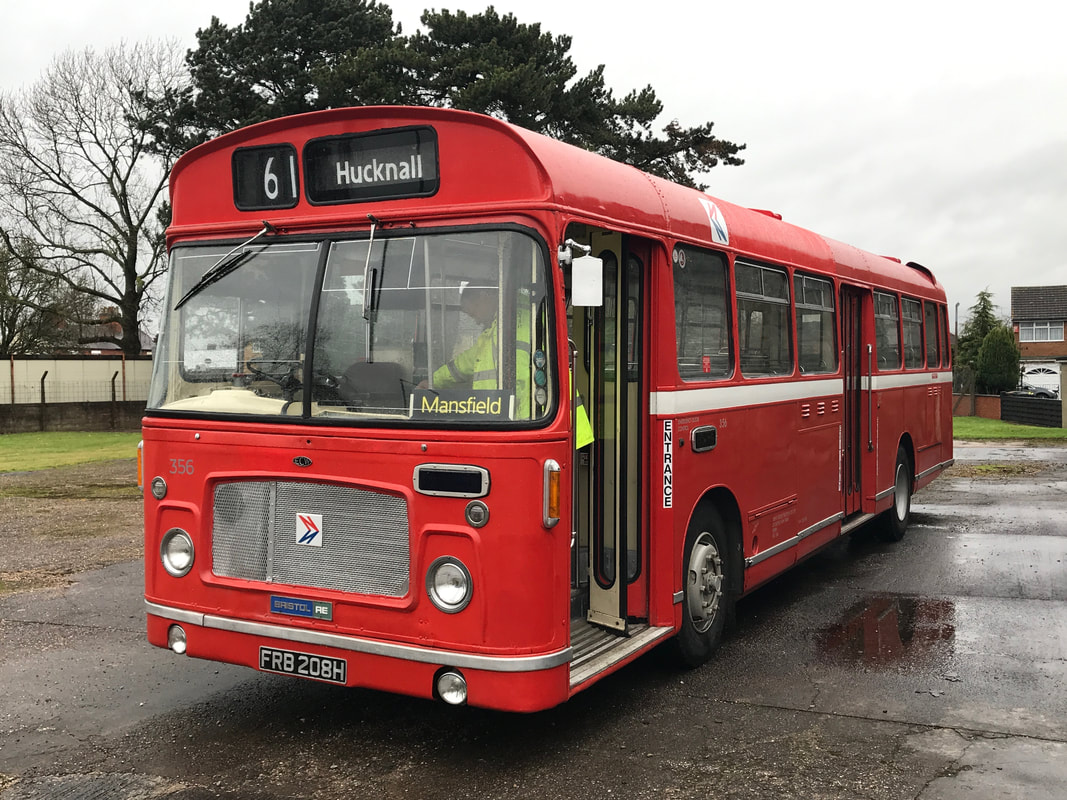 New To: - Midland General Omnibus Company
Chassis: - Bristol RELL6G RELL-3-1083
Body: -    Eastern Coach Works B44D 18522
History
356 was delivered new to The Midland General Omnibus Company in 1970 as part of a batch of 4 similar vehicles.
It is a Bristol RELL chassis, with bodywork built by Eastern Coach Works of Lowestoft. Its seats 44 passengers, and features dual doors, designed to speed up boarding and alighting on busy town routes.
It was delivered in MGOs bus livery of Black and Cream as fleet number 146, and allocated to Mansfield depot.
In 1972, as part of the National Bus Companies review of its operations, the Midland General fleet was taken over by Trent Motor Traction Company. At around this time, 146 was repainted into the standard NBC livery of Poppy Red, with a white relief band, carrying Midland General fleet names. As part of the renumbering of the MGO fleet to avoid duplication with the Trent fleet, 146 was renumbered to 356. In 1977 356 received Trent fleet names as the Midland General Company was wound up and all MGO vehicles given Trent names.
356 spent the first part of its operational life based at the Mansfield depot, before withdrawal and storage in 1982. The bus along with a number of similar stored Bristol REs were chosen for reinstatement a year or so later and repainted, without the white band this time.
The operational life of this bus came to an end in 1984 when it was withdrawn from passenger service, and converted into a mobile information and exhibition centre, as seen in the picture above.
This involved the removal of all the bus seats, an office being created at the rear, and the rest of the bus being fitted out for its new role.
Trent used it in this guise until final withdrawal in 1986 when it was sold to Stockport Metropolitan Borough Council for continued use as an information centre.
356 was acquired for preservation in 2000, and much work has since taken place converting it back into a bus once again.
The vehicle was acquired by the charity in 2017, and moved to our Hucknall premises.


Relevance to Collection:-
Midland General were a well-known local operator, who bought many similar buses to this over the years.