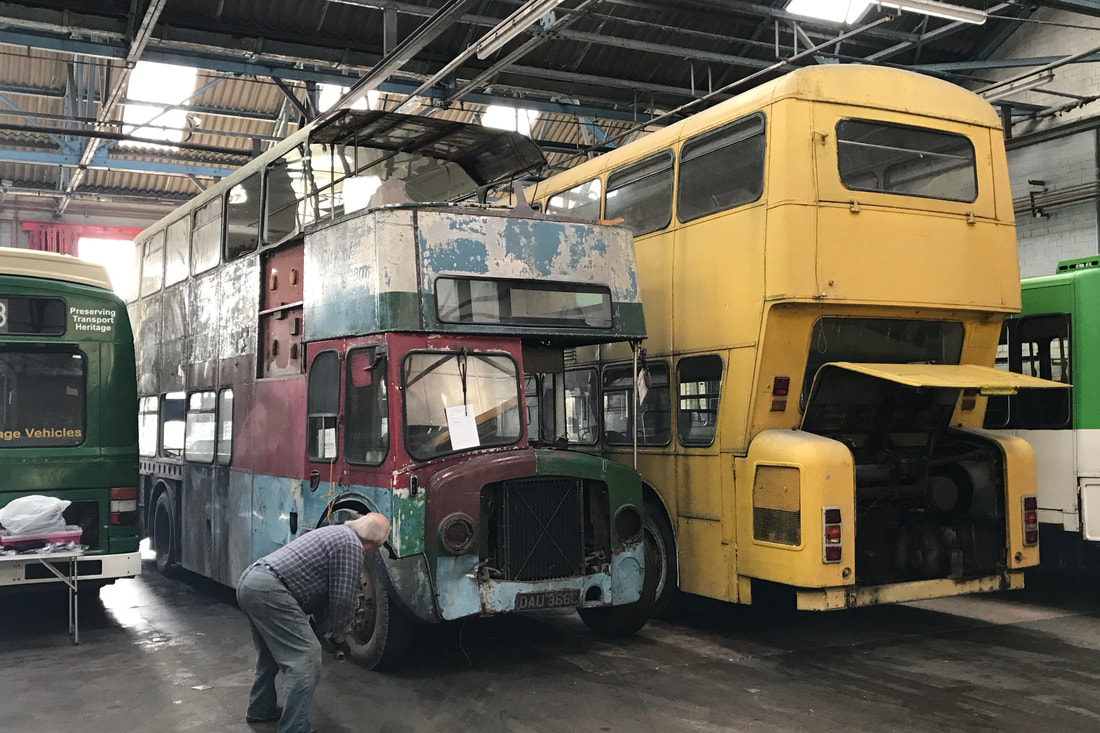 New To: - Nottingham City Transport
Chassis: - AEC Renown 3B3RA125
Body: -    Weymann M1487 H40/30F
History
366 was delivered new to Nottingham City Transport in 1965 as part of a batch of 35 similar vehicles.
It is an AEC Renown chassis, which was a lower height chassis intended to reduce the overall height of the vehicle , and was fitted with air suspension on the rear axle.
It is fitted with Weymann Double Deck bodywork, seating 40 passengers upstairs, and 30 in the lower saloon.
In service with Nottingham, the Renowns were used on a number of routes, including the Bulwell to Nottingham route shown in the picture above.
366 was withdrawn from service in 1976, its relatively short life with Nottingham being due to the advancement of one man operation, these buses having to use a conductor.
It was sold to Ensigns of Grays (a dealer) who sold it on to Kirbys Coaches of Bexleyheath. They used it until 1980, when it found its way to the yard of Denyer Brothers, Stondon Massey. Although never operated by them, this operator would buy second hand vehicles, operate them, and when life expired, park them up in the yard. Over the years this yard became a haven for a variety of rare and interesting buses.
366 was parked in the yard, it’s engine earmarked for a fellow operators Routemaster bus. This engine removal never took place, and 366 spent the next 36 years sitting in the open.
The bus was acquired by NHVC in June 2016, and transported to Hucknall.
As can be seen, 366 will require an enormous amount of time and money to get it back on the road, bus it is a least basically complete.


Relevance to Collection:-
The AEC Renowns were an unusual purchase for Nottingham, given that for the previous few years they had bought rear engined buses, which were suitable for one man operation.
The Renown was a rare chassis in itself, only 250 being built, of which Nottingham bought 42 in total.