THIS REPORT FEATURED ON NOTTS TV
Vintage restored buses to make a come back in Nottsby Laura Clarke - Sep 11, 2015

A new vehicle heritage centre will be opening in Hucknall this weekend transforming the 1936 period bus garage into a bus museum.The garage will open up to the public for the first time this weekend when around 15 buses will be put on display.

The former 1936 bus garage is hoping to be turned into a working bus museum as a community based project run by a group of local volunteers. The group formed in 1999 and in 2010 was awarded its charity status.

Simon Lowings, a trustee at the Nottingham Heritage Vehicles Charity believes that the centre is giving something back to the local community.

He said: “This weekend is all about raising awareness for the Heritage centre and trying to get more people to come and volunteer.”
Picture: The volunteers at the centre are hoping to restore the buses back to their original state.

Mr Lowings is excited for the opening event and for the people of Nottingham to get a taste of history.

He said: “Were a charity and we have had preserved buses for over twenty years as a collective amongst ourselves.

“These buses have never really been accessible to the public and it’s amazing to hear so many stories of how people used to use the buses. It’s all about the social history of the area not just the buses. Without public transport there’s a lot of interaction that doesn’t happen.”
Picture: Some of the buses on display at the Hucknall Heritage Vehicle Centre.

The buses are being brought to the Heritage Centre from across the country with Nottingham City Transport donating the “Bendy Bus”.

David Nightingale, one of the volunteers at the heritage centre, believes it’s a place where people can come to see a wide range of buses and bring back many memories.

“The bendy bus is a great example of the history we have on offer here. It’s great for anyone of all ages. Personally, I’ve always has a habit of liking buses – I think their great!”

The so called “Bendy Buses” were introduced in the 2000s on high capacity routes throughout the city. Now, the last working bus in Nottinghamshire is being kept at the Heritage centre for the public to come and see.
Picture: The last working “Bendy Bus” will now join the fleet at the Nottingham Heritage Vehicles Charity.
The Nottingham Vehicle Heritage Centre are also hoping to gain Heritage Lottery funding to help restore the garage to turn it into a working museum.

Mr Lowings said: “We envisage that we will achieve this over the next three to four years with a lot of hard graft and with the help of trustees.”

The open day event will take place this weekend (12 and 13 September) from 10am-4pm.

It will be held at the Old Bus Depot, Portland Road, Hucknall and is a free event.

To watch a full report on the buses tune into Notts TV News at 5.30pm. 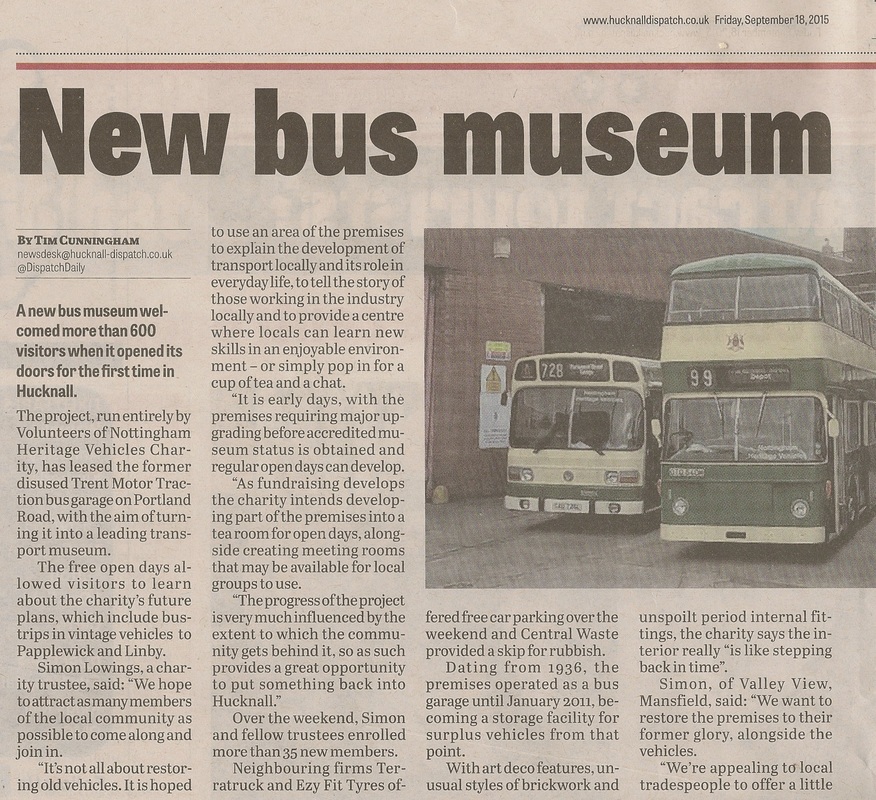 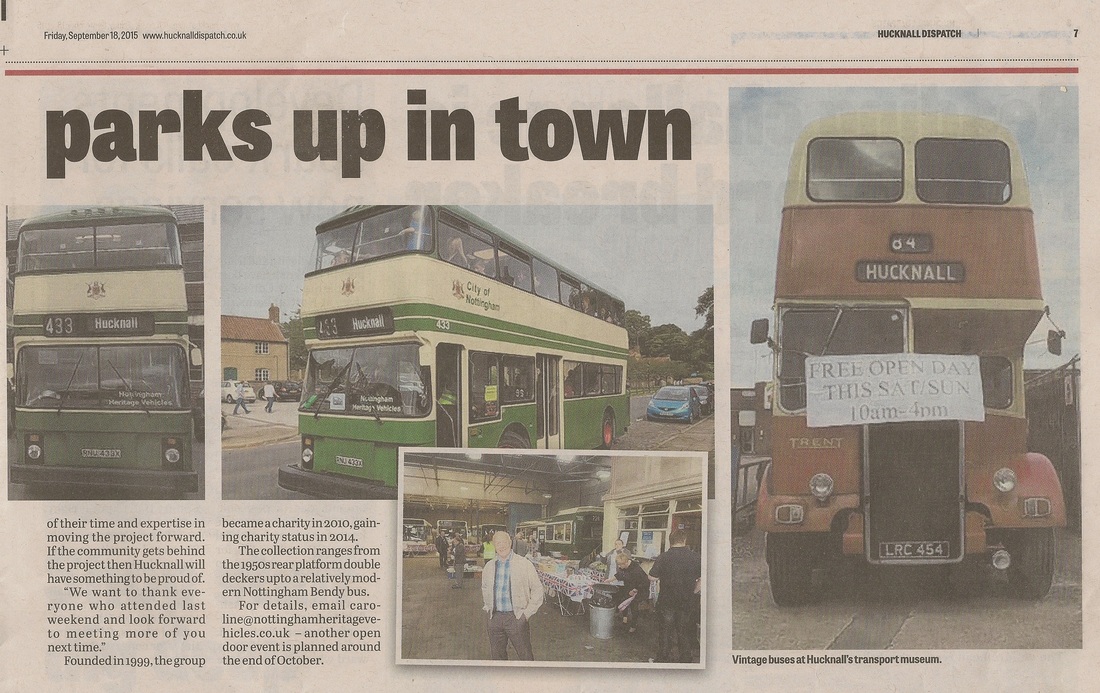 An article on the charity is to appear in Bus & Coach Buyer during April 2016.