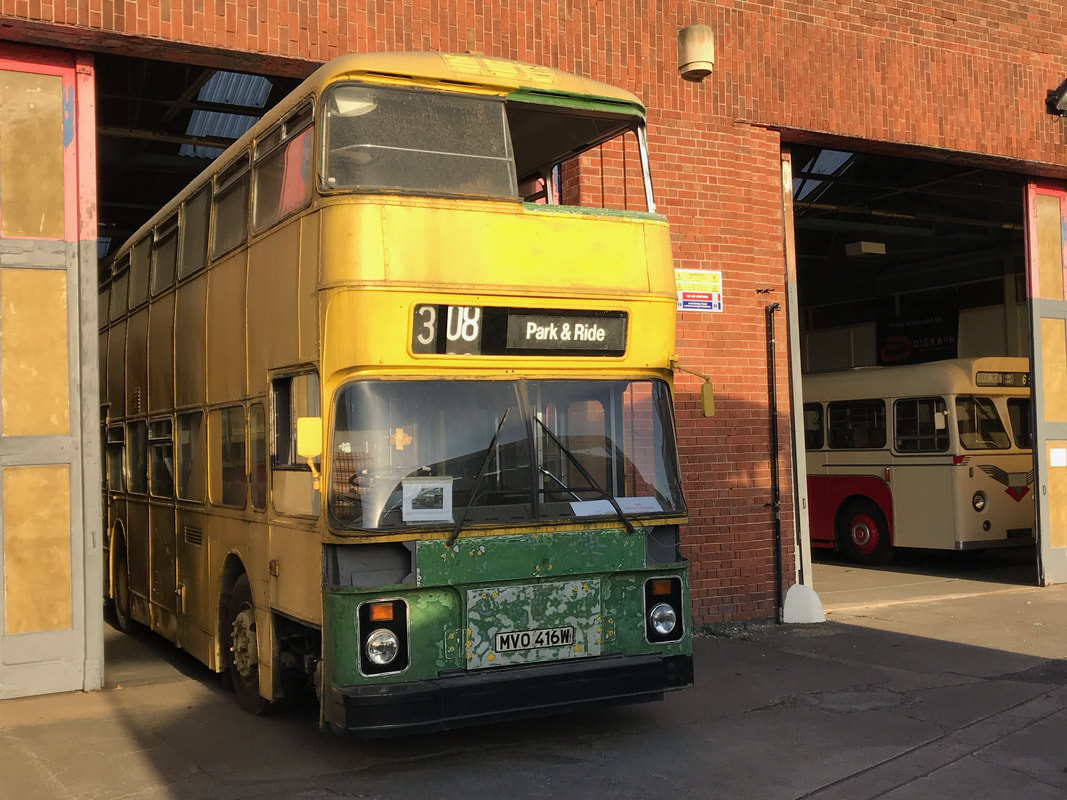 New To: - Nottingham City Transport
Chassis: - Leyland Atlantean AN68/1R 8100861
Body: -    Northern Counties 8462 H47/31D
History
Delivered in February 1981 to Nottingham City Transport as part of a batch of 30 similar vehicles, 416 is fitted with an Northern Counties Double Deck body, seating a total of 78 passengers, 47 upstairs and 31 in the lower deck.
It is built to what is known as the “Nottingham Standard” design, which gave Nottingham’s buses a distinctive look for many years. Features included an angled destination making it easier to see, higher internal ceilings, curved upper deck front windows and windscreens, a large front bumper to reduce accident damage, and a standardisation of parts between different vehicles for ease of maintenance.
416 was withdrawn in 1999, and sold to the RAF.  416 was located for a number of years at the RAF Wittering airbase where it was in use as a refreshment facility, containing hot and cold running water, together with storage tanks, a gas cooker, gas hot water urn, together with a serving hatch, tables and seating. It was collected on 14th October 2015 for refurbishment and moved to the Nottingham Heritage Vehicles Charity.
Some minor body repairs have taken place, and the LPG gas supply for the gas cooker has been removed.
No decision has been made on the future of 416 as it is duplicated within the collection, with other projects having priority.
Relevance to Collection
This is another example of the Nottingham Standard bus, and represents the last style of the Leyland Atlantean supplied to Nottingham.